In playing around with adding an existing iSCSI LUN to a new VMware ESXi 6.5 host in a lab environment, I ran into a peculiar issue adding the storage to the server. In thoroughly checking everything back over, I didn’t see an issue with my networking config or iSCSI configuration to the target.  However, in my VCSA Web UI, I didn’t see the LUN available to add as a datastore.  Also, I already had two ESXi 6.0 hosts connected and communicating with the LUN in question, so it was a proven datastore that had connectivity.  Was this an issue with 6.5?  Let’s take a look at troubleshooting why VMware ESXi 6.5 can’t add existing iSCSI LUN.

So, below, I am not showing the iSCSI setup itself, but rather what I saw after setting up iSCSI and configuring the host for communicating with the iSCSI target.

This is taken from the Web UI in vCenter.  Notice in the New Datastore wizard you don’t see the remote iSCSI connection, only a local disk that is available. 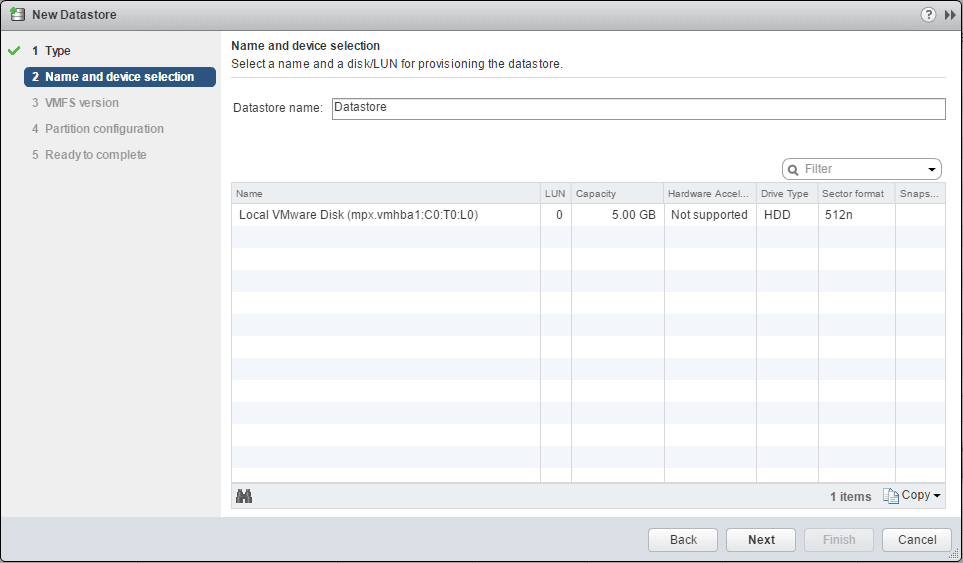 I thought I would take a look at the local Host UI to see if I had different results (maybe this is a vCenter issue).  No go…same results.  I only saw the local disk available. 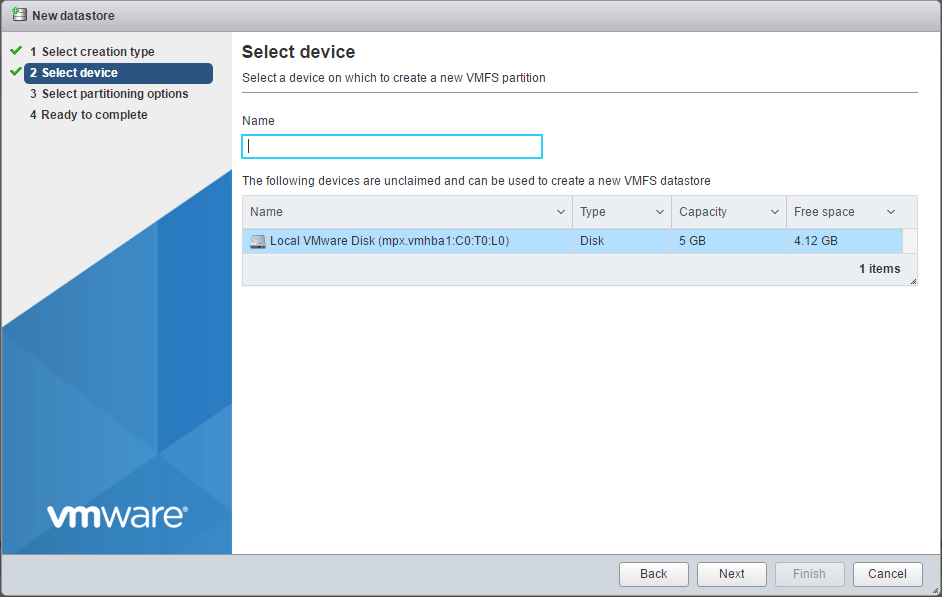 I thought just for kicks, I would open up the vSphere Client that isn’t supported (grins).  Alas, having changed nothing on the iSCSI side, I see the iSCSI LUN. 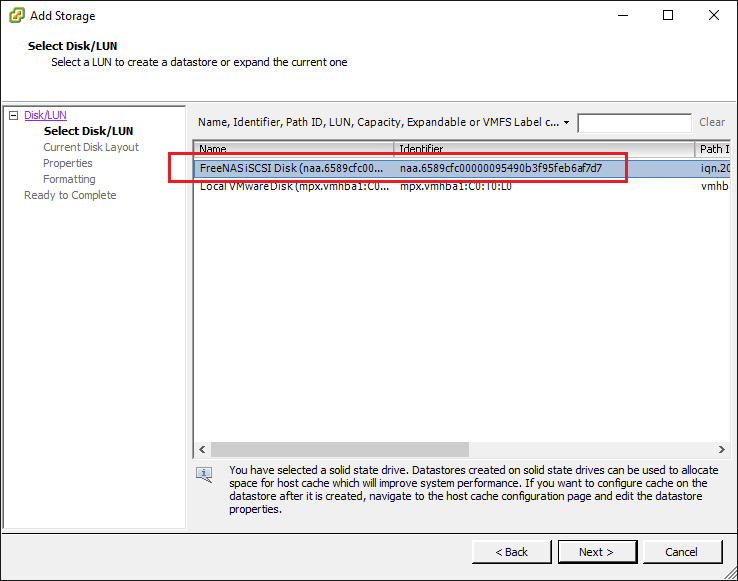 My joy was fleeting though, as I hit Next and moved on to the Mount Options screen.  The only option that I see here is Format the disk. 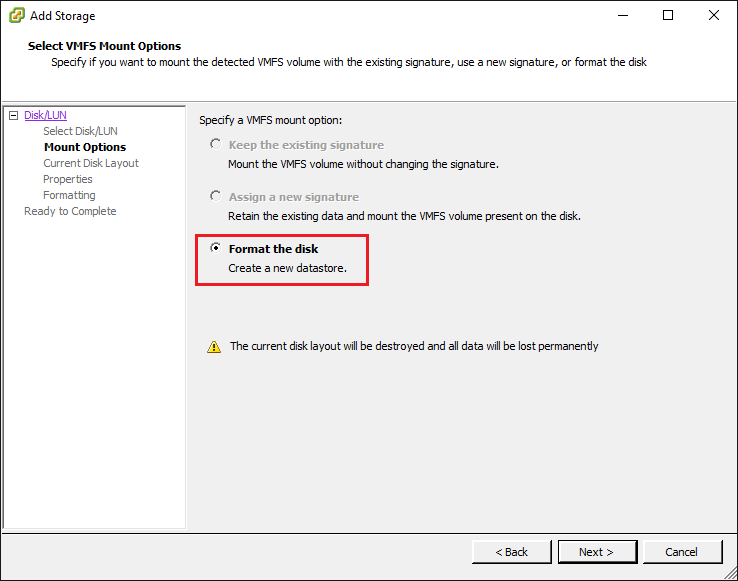 Okay, so now is time to break out the commandline and see what we can see here.  Using the esxcfg-volume command, I list out the volumes detected.  Interestingly, it sees the iSCSI volume and lists it as Can Mount:  Yes.  Notice the Can resignature:  No (the volume is being actively used).

Let’s see if we can mount this puppy with the esxcfg-volume -m UUID command.  It works!  Also, a quick note here if you use the -m it is not persistent, and if you use -M it is persistent.

Just to verify, I hop back over to my vCenter Web UI and take a look at the datastores.  I indeed have mounted the DATA01 volume which is the iSCSI LUN.

This doesn’t appear to be a VMware ESXi 6.5 issue, but rather is an issue that others have run into with previous versions of ESXi.  However, this is an issue that looks to have persisted into version 6.5.  If you run into a issue with VMware ESXi can’t add existing iSCSI LUN you can break out the commandline and most likely will be able to add the existing LUN.