With all of the new storage enhancements that come with vSphere 6.5 using 4K aligned drives and the new unmap feature, you need to use a VMFS 6 formatted datastore.  How do you create a VMFS 6 datastore?  Let’s take a look at how to create VMFS 6 datastore in VMware vSphere 6.5.

How to Create VMFS 6 Datastore in VMware vSphere 6.5

VMware furthers the distance in core functionality you can do in the vsphere Windows client vs the Web UI interface.  Now with VMFS 6, you can’t format the datastore with VMFS 6 in the Windows fat client.  Below is after just following the prompts to create a datastore in the vSphere Client.  Again, VMFS version wasn’t an option in the create datastore wizard.

You must login to either the host Web UI, or join the host to VCSA 6.5 and create a datastore from the vCenter VCSA Web UI.  Let’s take a look at screenshots from both methods.

In the Web UI of vCenter (flash version), Go to host configuration >> storage >> Datastores and then Create a new datastore.

We will choose VMFS as the type. 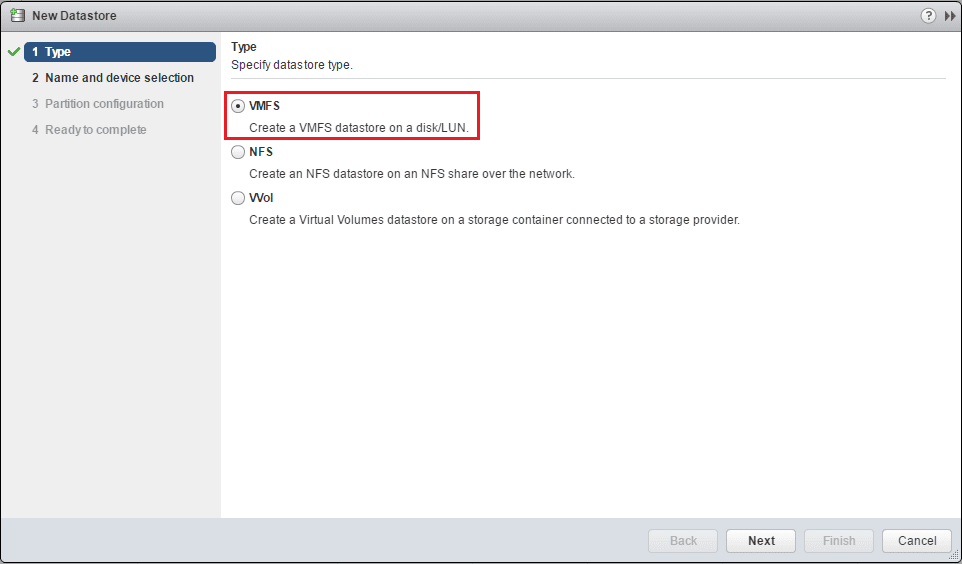 Here is where we want to pay attention to the details.  Notice before the next screen that the sector format is still set to 512n. 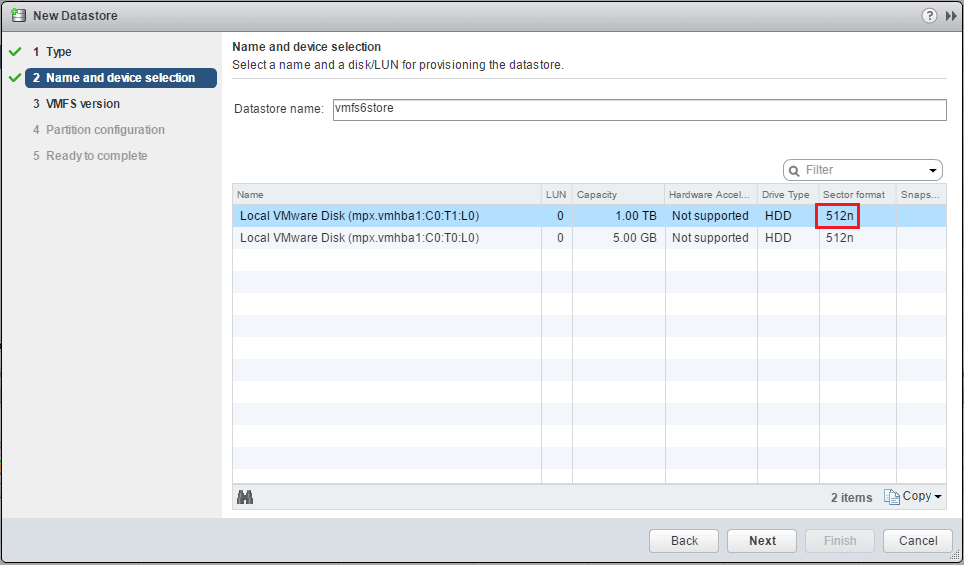 However, on the VMFS version screen which comes next you will notice you have the information under VMFS 6 that VMFS 6 enables advanced format (512e) and automatic space reclamation support.  There doesn’t appear to be an option to do any other kind of formatting of the layout. 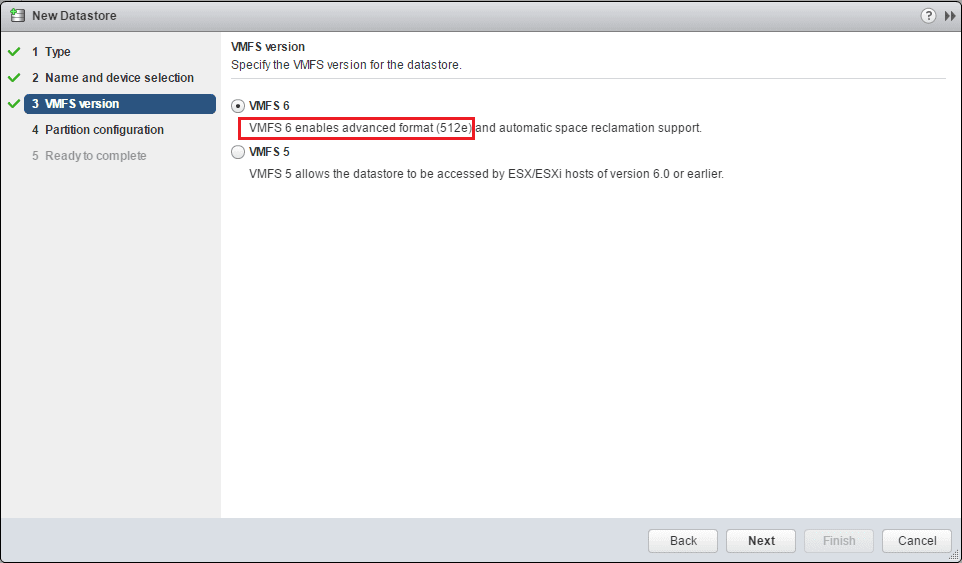 We can change the Block size and Space Reclamation Granularity settings here as well as the reclamation priority. 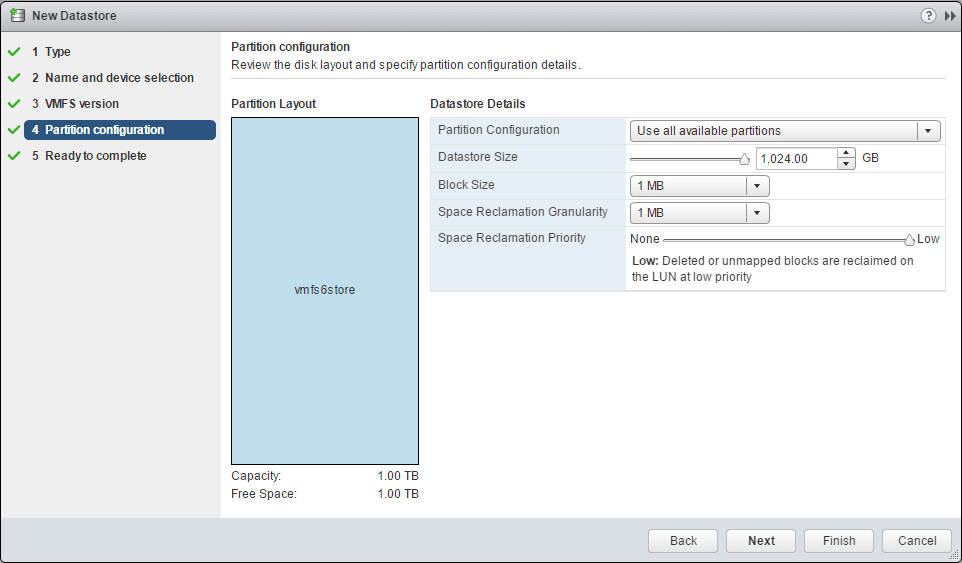 On the summary screen, we see that we have chosen VMFS 6.  Click Finish and the datastore is created. 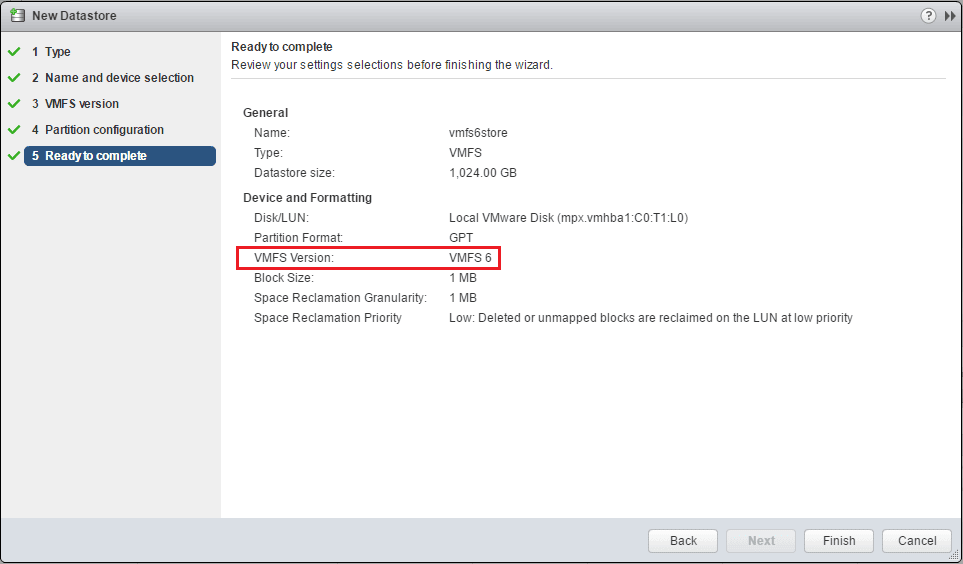 The other “web ui” the host Web UI can also be used to create a VMFS 6 datastore.  To login to the host Web UI, navigate to https://<your host IP>/ui

We will select Storage >> New datastore. 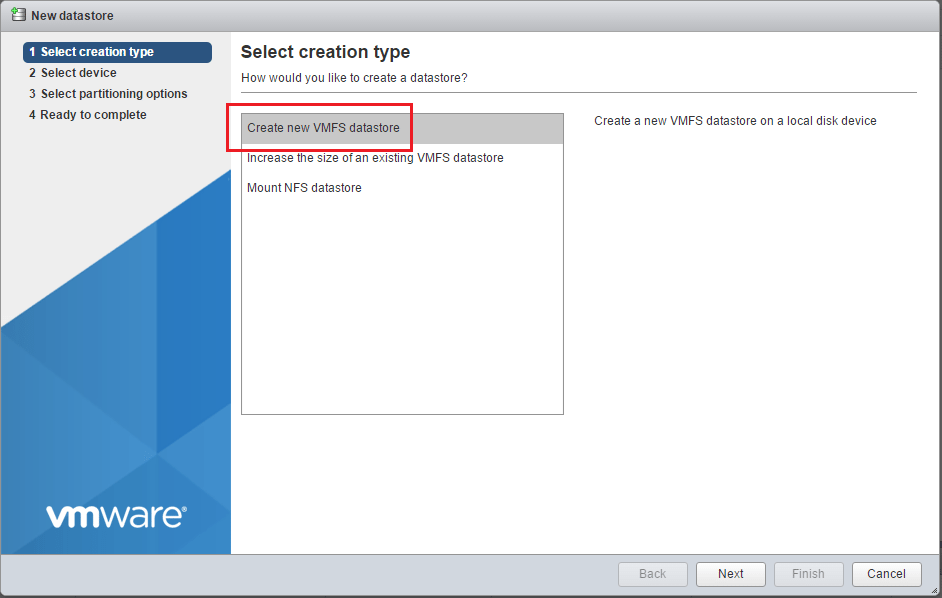 Next, we name the datastore. 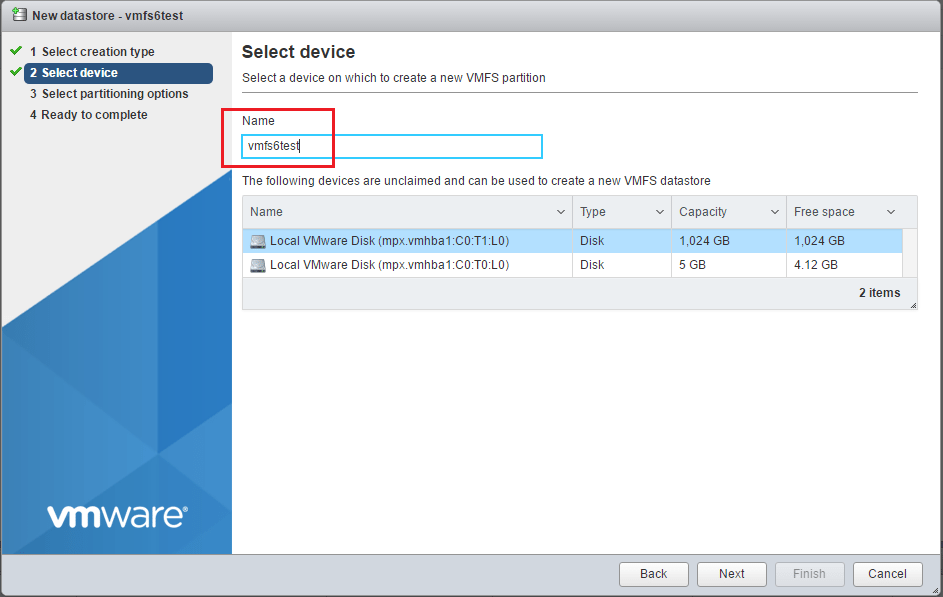 On the Select partitioning options screen, we can drop down the box and choose VMFS 6 here. 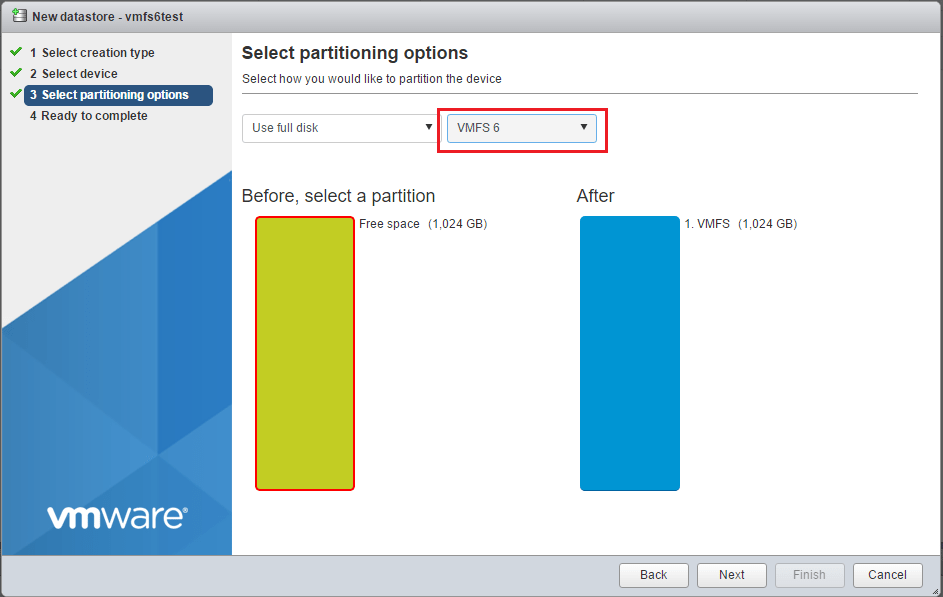 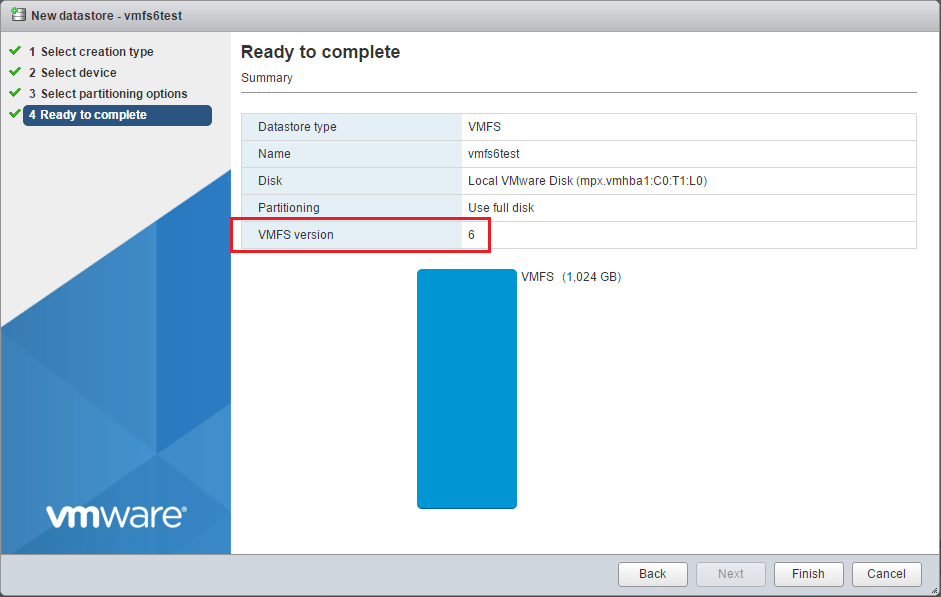 Finally, we get the warning that basically all data is going to be destroyed in this process.

Now, if you look in vCenter and drill into the properties of the datastore, we can see some of the details.  Interesting that the File system version is actually VMFS 6.81 not just 6. 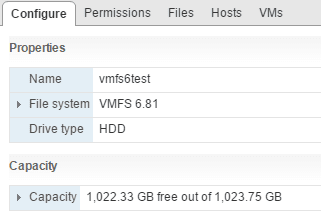 If you were like me when you read the notes of the new VMFS version and thinking about how to create VMFS 6 Datastore in VMware vSphere 6.5, you were hopeful that VMware would make it possible to have a quick point and click upgrade that we had from VMFS 3 to VMFS 5.  However, it makes sense as the underlying formatting used to enable the 4k and 512e support, is a major upgrade that requires starting from scratch, unless we find out another means later on with some tinkering, it looks like a rip and replace operation.