VMware vSphere 6.5 has been released now and we are beginning to get our heads around the new functionality and features that are contained in this release.  There is no question that the new VCSA 6.5 appliance contains some of the most exciting new features and confirms the move of VMware away from the Windows installation of vCenter server.  Let’s take a look at some of the VMware vSphere 6.5 new features.

Notable among the additions in this release that makes that move away from Windows server possible is the inclusion of the Update Manager functionality within the appliance.  This has long been a major reason that many have not made the transition over to the VCSA appliance.  You had to have a Windows server to run this functionality. 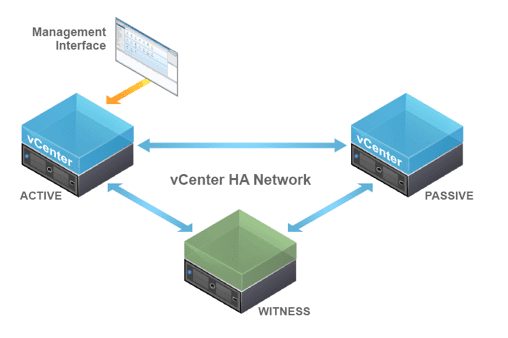 There is also a new backup and restore feature that fills the longstanding need of a good way to backup the configuration of the VCSA appliances as well as syslogging capabilities.  Better performance in the way of 2X -3X the performance also are realized in this release running on top of the new Photon OS from VMware.

Last but not least of the features we are going to mention here is the new interface that allows for a much easier and intuitive installation, migration, and recovery process.

HTML5 is also the big news with this version of vSphere.  However, the bummer here is that in this GA release of 6.5, HTML5 is only partially functional.  We still have to use the flash client for the majority of configuration.

There are great strides here in VCSA 6.5 to improve security.  We now have the ability to encrypt at the VM level.  Also, encrypted vMotion protects the data in flight between hosts.  HA, DRS, and FT have been greatly improved.  Especially with HA, there are restart priorities and orchestrated abilities here to bring certain VMs online before others.  HA can now also monitor hardware for faults so that VMs can be proactively moved to healthy hosts if a fault is sensed on certain hardware, such as a SMART or memory error for instance.

DRS can also now take network bandwidth into account when scheduling resources to prevent oversubscription.  Fault Tolerance while not as widely used, received some performance improvements here as well with the ability to do link aggregation.

VSAN licensing has been greatly improved to the benefit of the customer.  You no longer have to purchase an Advanced license to benefit from an all flash configuration.  Also, new is the VSAN iSCSI service that does just what you think.

For automation – there are new PowerCLI tweaks here as it is fully module based and APIs are all the rage allowing admins to fully automate at the VM level.

For those who want all the technical details directly from VMware, there is a great technical PDF that has been released on the new features and functionality.  Download a copy of the PDF here.