Ubuntu 12.04 LTS which was released just a few days ago has many buzzing about the features, stability, and performance.  This is truly a great Linux desktop OS.  While Unity has certainly not went over as well as Ubuntu developers would have liked, it is growing on many and is coming of age.  However, for those GNOME purists out there as well as ones who want to experiment or load something entirely different, you can do that as well.  Cinnamon has really gained ground largely due to the popularity of Linux Mint, however, with many who do not like Unity, Cinnamon has become their replacement of choice.  Despite the many differing opinions on the type of desktop experience and which launchers you want to use with Ubuntu, one this is for sure – this distro is growing up and becoming a real contender in a Windows replacement as hardware and software compatibility is growing by leaps and bounds.

the UI of the new 12.04 LTS distro is quite appealing to the eyes and works with most current video card models and drivers.  Cloud storage is also tightly integrated into the core of this release with Ubuntu One being baked in with a 5GB account for free to Ubuntu users.

Installing Ubuntu 12.04 Desktop is very straightforward and is a task which most users with any installation experience will be comfortable with. 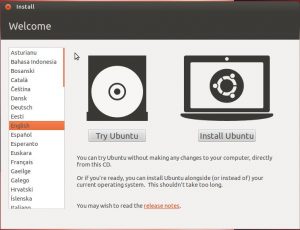 After selecting your install method, you will see a prerequisites check performed and the option to select to download updates as well as install some third party plugins during the installation process itself. 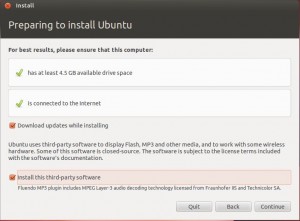 You will be asked to select what type of action you want to perform on the disk – erase or doing something else. 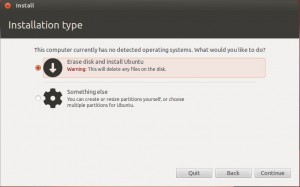 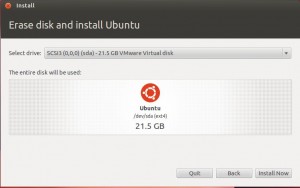 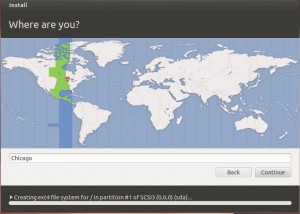 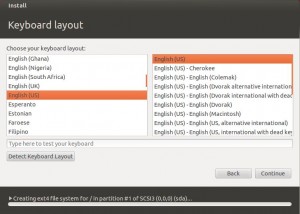 The screen below allows you to name the computer and setup your user for installation purposes. 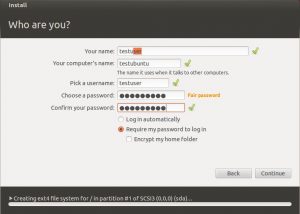 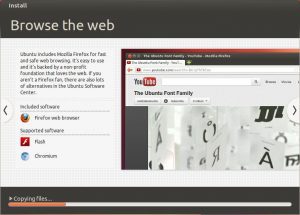 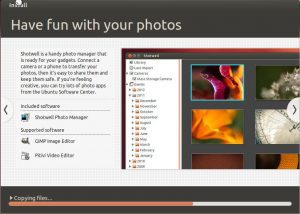 After files are copied and the installation has completed, you will be asked to restart the computer

You are now ready to login to the Ubuntu desktop! 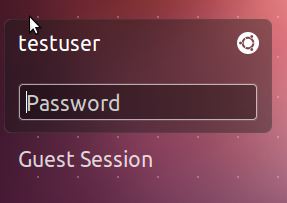 Ubuntu 12.04 LTS is a great version of Linux which will fit the bill for most users who are either novice Linux users or a more experienced to advanced user who wants a highly configurable distro for more intensive and customized use.  Only time will tell just what direction Canonical will take this distro including where Unity desktop will fit into the picture in the future.