Windows 2012 continues the iteration of Windows VPN that continues to provided remote access capabilities for network connectivity from the outside.  There have definitely been improvements with Windows 2012 VPN especially in the Direct Access functionality.  We want to show how you would go about setting up a simple VPN connection into your network using the Windows 2012 Remote Access Role.  In walking through the installation of the RRAS role, using the server manager, the process is very straightforward and easy. 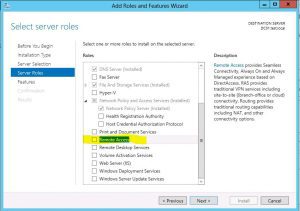 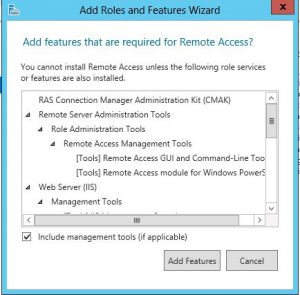 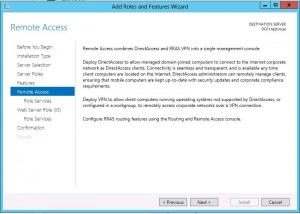 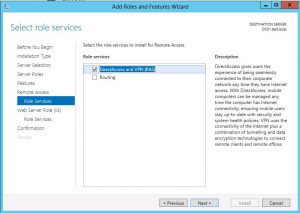 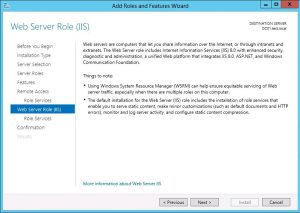 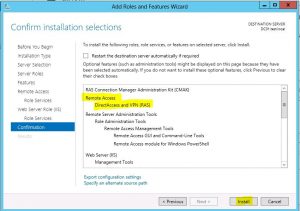 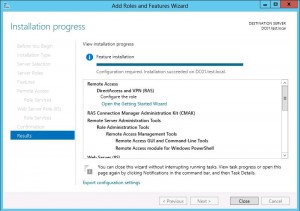 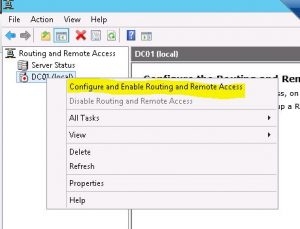 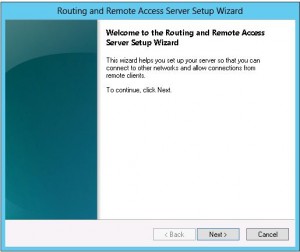 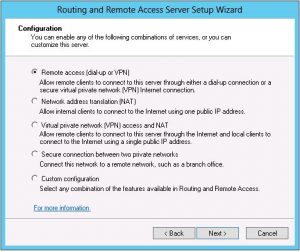 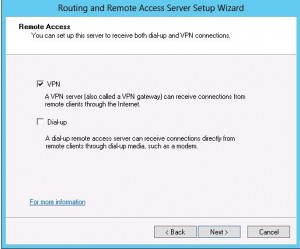 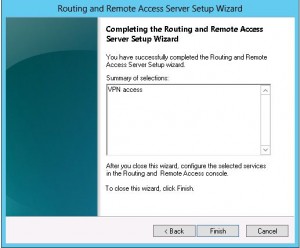 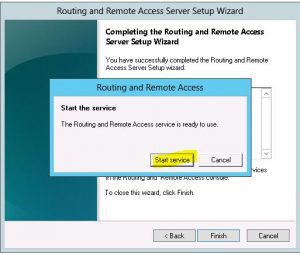 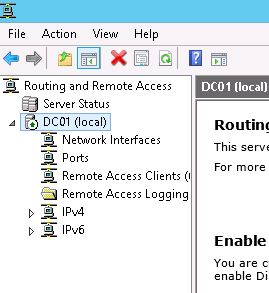 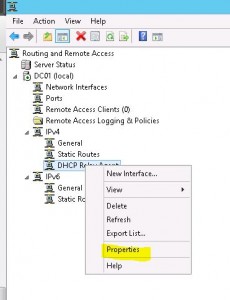 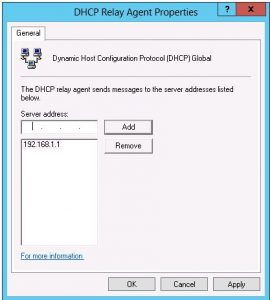 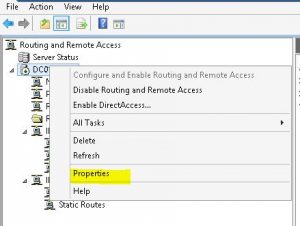 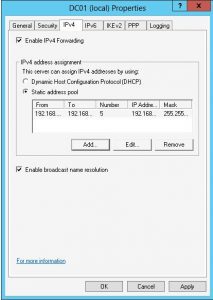 Network Policy Server allows very granular control of users and computers that connect to your network and integrates with the Remote Access Role.  We need to configure a couple of things here in the NPS console to allow our VPN connection access to our network.

Under Network Policies in our NPS console we find the “Connections to Microsoft Routing and Remote Access server” defined.  By default, the Access Type is set to Deny Access so we need to change this to Grant Access. 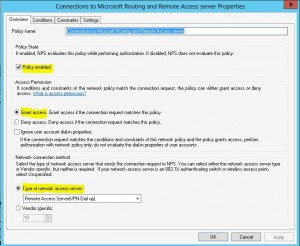 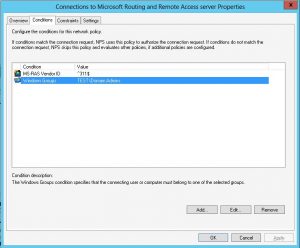 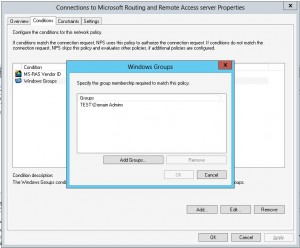 One thing that will have to be considered is port traffic that will be passed to your internal or DMZ to hit the Windows Server 2012 VPN.

Just to give a quick idea of what we have to do on a consumer grade router/bridge, in our test environment we are connected to a cable connection via a Netgear Router/switch.  Most manufacturers call this functionality Port forwarding, triggering, or something similar.  Take a look at the screen shot below to see how we set this up.  Our Windows 2012 box is assigned the 192.168.1.56 address which the Netgear router will forward port 1723 traffic.

Setting up VPN in Windows 2012 is pretty straightforward and doesn’t require a lot of configuration to have a functional VPN.  There are myriads of conditions that can be used to restrict and control access to certain users, hardware, or network connection types.  RRAS along with NPS is a powerful solution.  Network Access Protection can also be added in the mix to harden the network even more.