Window Server 2012 is Microsoft’s next generation server operating system and it is following closely to Windows 8 Customer Preview release.  Microsoft is gearing up to release both of these next generation OS’s that both focus on cloud computing and making enterprise integration as seamless as possible.  One thing to be noted with Windows Server 2012 is Microsoft’s move to emphasize the use of a GUI-less server install.  As you will see on the install screen, Microsoft now makes reference to either installing with or without a GUI.  This was a little more cryptic in Windows 2008. 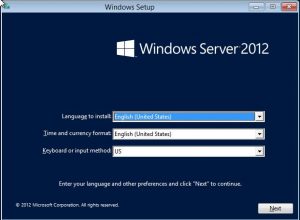 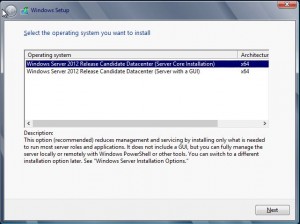 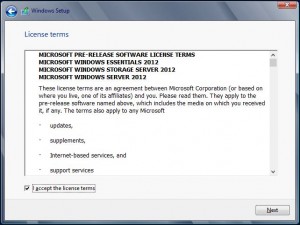 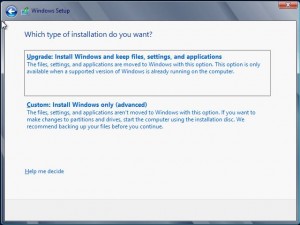 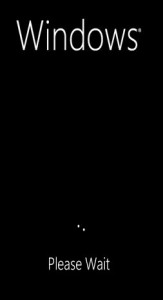 As was the case with Windows Server 2008, the Server Manager will launch by default on the first login.

Microsoft looks to be making an effort here to help admins know what is different with this version of server software compared to previous versions. 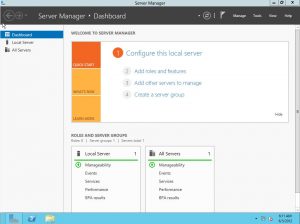 There is no doubt about it, Microsoft is pushing the envelope with Server 2012.  There are tons of new features and capabilities that administrators will love to get their hands on.  Also, there will most definitely be the ever present learning curve that accompanies all new iterations of Windows Server for the enterprise.  Mated with Windows 8 in the client arena, this will prove to be a killer enterprise software that will take companies and organizations to the next level.  More to come on Windows Server 2012….stay tuned!