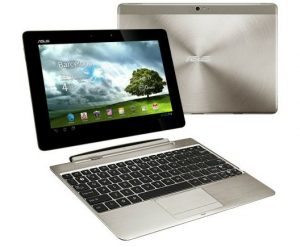 Android geeks everywhere and especially here in the US are eagerly awaiting the release and shipment of one of the most highly anticipated Android devices ever – the Infinity 700.  This is set to be the Flagship Android mode for Asus and boasts killer specs as well as the promise to fix all of the ills of the Transformer Prime which was plagued with WIFI and GPS issues from the start.  Many were left regretting the purchase of their Prime’s as soon after the release of the Prime, the new Infinity tablets were announced.  Hopefully Asus will do this release right by having plenty of stock on hand and making sure that quality control does extra checks on WIFI and GPS connection and performance before they are shipped.  The Asus TF300T tablet is certainly doing well and is priced to compete.

Release dates have been tossed around like crazy, however, it appears that the release is going to be slated for sometime in late June or early July 2012.

Let’s hope that Asus will plan the release of the Infinity Pad better than the TF201 Prime as shortages plagued this device for months.  Time will tell if this is truly the monster tablet that everyone is expecting it to be.  One thing is for sure, the hype is building and Android lovers everywhere are just waiting to get their hands on the preorder links!

What about the Windows 8 Transformer?  Microsoft’s next generation client operating system seems to be on the minds of everyone as of late.  The tablet centric OS has long been anticipated to land on Asus popular Transformer series tablet.  Well, Asus has officially released it!  Take a look at the specs and information on the Windows 8 version of the Transformer here.