Windows 8 is set to bring about a lot of exciting new technology and while most people have been focused in on the client version of the Windows 8 operating system, the Beta version of Windows 8 server has us wanting to check out among other things the changes in Active Directory Domain Services installation and any caveats that may now include.

One thing is for sure, the new version of Windows 8 is VERY Server Manager centric.  EVERYTHING you do graphically basically happens in Server Manager.  In fact if most of you remember, if you hadn’t installed the ADDS role in your Windows 2008 R2 box and you ran DCPROMO, it would actually go ahead and install the binaries for the role for you.  However, when running dcpromo now from a run menu in Windows 8, you find out quickly, this is now longer the way to do things.  In fact, it looks like the dcpromo command is now deprecated altogether and powershell commandlets are the way of the future for all admins out there from here on out.  Of course, we all knew Powershell would be right?  If any have been procrastinating in the adoption of powershell, now is the time to get the PS hat on and start learning how to do things there. 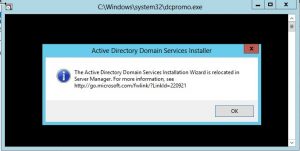 So basically, we start with Server manager and install the ADDS role: 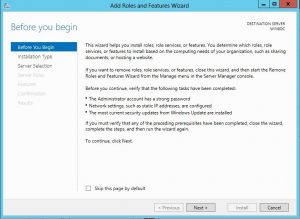 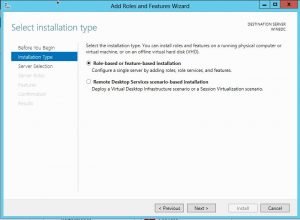 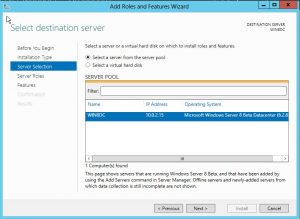 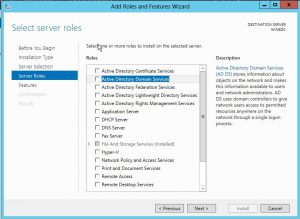 You will receive the dialog box to show the details of the ADDS Role installation: 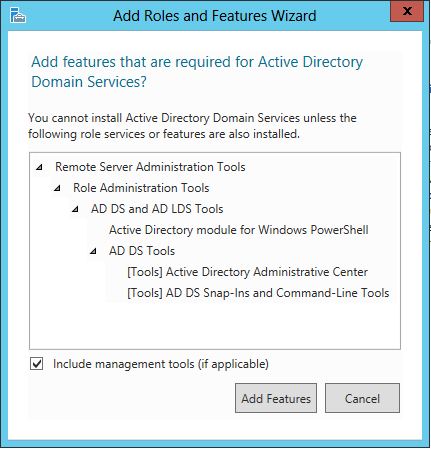 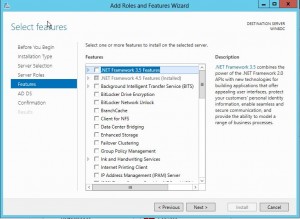 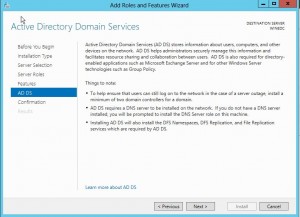 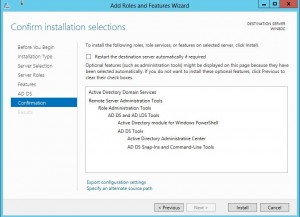 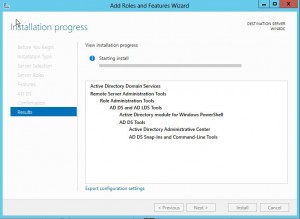 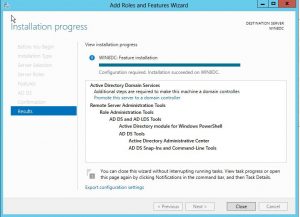 Configuring ADDS after the Role is installed

You will notice after installing the ADDS role, Server Manager will alert you that there is configuration that is required before the installation is complete 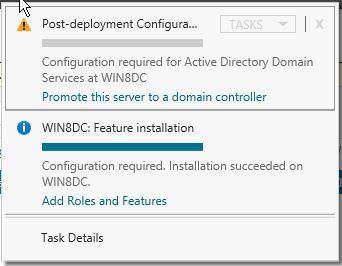 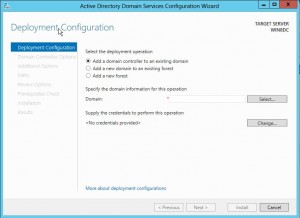 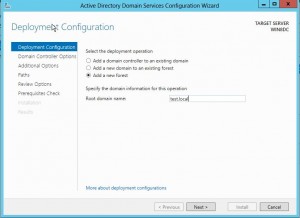 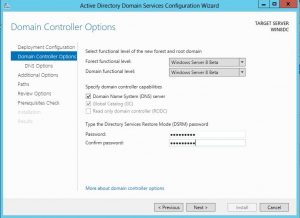 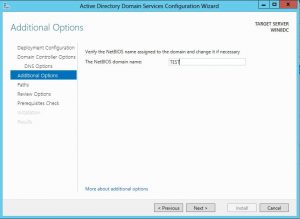 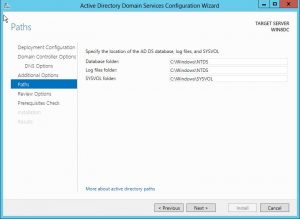 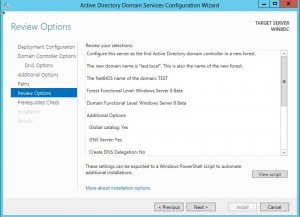 If you click the “View Script” button, it will show you the underlying powershell script that is being run to accomplish the install 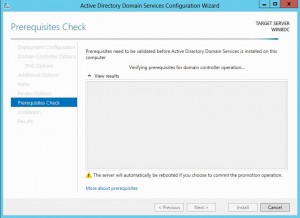 Prerequisite tests are run to determine any problems with the configuration 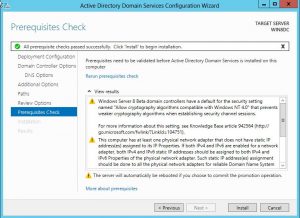 Windows 8 Server and client operating systems are truly going to take Microsoft’s OS to new levels.  Microsoft has really packed a lot of cool features into Windows 8 Server for those server and AD admins out there which will hopefully make our lives easier and give us even more power to control our environments.  The ADDS install shows that Microsoft is really increasing the central nature of Server Manager and focusing everything into that user interface to configure and get things done.  Powershell has also truly taken hold of the “behind the scenes” workings leaving us with the feeling that we need to get our Powershell books out and start studying to keep up with the direction Microsoft is heading.