With data security being at the forefront of everyone’s mind in the digital world we live in, we need to think about security in every aspect.  One area that may not readily come to mind is backup data.  After all backup data for most organizations generally includes the most important SQL servers, web servers, application servers, and other critical servers and their data so that in the case of a DR situation, data can be recovered.  Encrypting backups should be viewed as critical to data security along with other areas of data security.  Let’s look at how to create encrypted backup repository with Nakivo Backup and Replication 6.2.

Next, you will see that the Encryption setting can be flagged to Enabled. 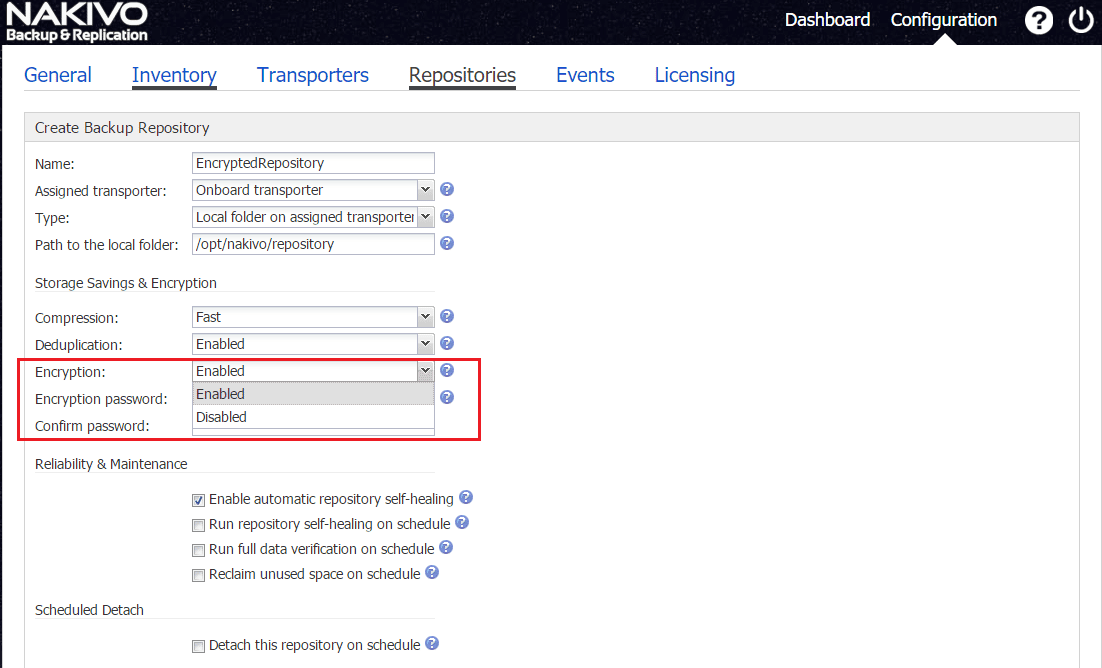 After setting Encryption to Enabled, you can then fill in the Encryption password.

The repository is then created with Encryption enabled. 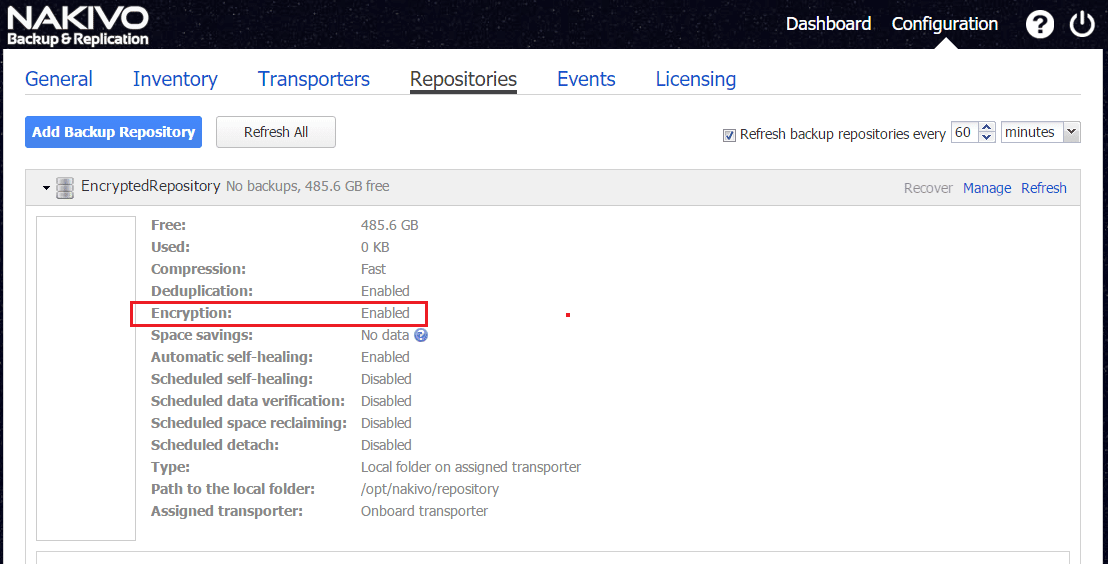 The Nakivo Backup and Replication 6.2 appliance provides a ton of great features that can be enabled especially for security.  Making your backup repository encrypted is a huge step in the right direction to keeping backed up data not only safe but also secure.