Nakivo Backup and Replication 6.2 released to the public!  It is better than ever with better performance and reliability built into the new version.  NBR 6.2 is the same solid interface, look and feel that we have grown accustomed to with the NBR product and improves on that rock solid platform that has made it one of the fastest growing backup companies out there.  Nakivo totally nails being able to provide a scalable and reliable backup platform without the complexities of other solutions out there.  Let’s take a look at the Nakivo Backup and Replication 6.2 Install Review.

The new features of NBR 6.2 make its “cloud DNA” even stronger.  The features listed in the 6.2 release include:

Nakivo has one if not the quickest deployments of a backup solution which can be up and running in just a few minutes via an appliance.  You literally can go from downloading the appliance to backing up VMs in minutes, not hours.  With 6.2 the same deployment and same easy setup that we are accustomed to with NBR in the past is still intact with 6.2.  We didn’t expect changes here, but it is always good to see there are no surprises.

The virtual appliance mechanism is such a great idea since it is lightweight, agile, and can easily be deployed across sites, environments, cloud, etc.  The footprint is small and can scale according to your needs as environments change.

Backing VMs up and restoring VMs in NBR 6.2 is very simple, intuitive, and efficient.  The simple point and click wizard that you employ for both backups and restores, makes the process painless.  There are (4) basic steps to getting a VM backed up using NBR 6.2.

Select the VM resource you want to backup. 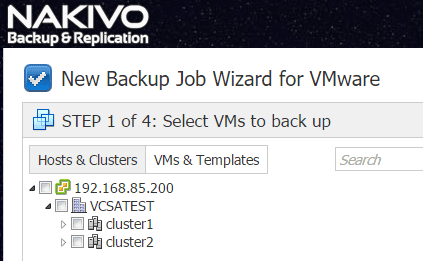 Set the schedule for backups.

The restore process is equally as painless.  There are (3) steps to restoring a VM.  First you select the VMs to recover from the backup job.

Next, we select the compute, storage, and network resources to restore the VM back to.

Also, in the advanced options we can control how the naming of the VM happens in the restore as well as any pre or post operations to initiate with the restore. 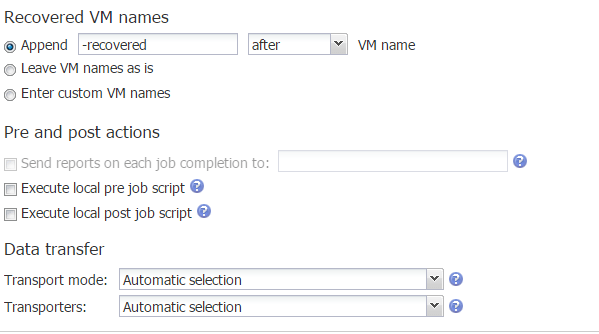 As mentioned, the cloud DNA with Nakivo Backup and Replication keeps getting better with expanded features for AWS backups.  Now NBR 6.2 will look and see if you have transporter resources in a particular region of the EC2 instance you are backing up and if not, it will suggest that you deploy one in that region for faster and more efficient backups.

Also, with the pay for what you use concept that exists with Amazon AWS, NBR 6.2 will automatically power off transporter instances that are not in use so you have the most efficient and cost effective backup infrastructure with NBR 6.2.

In this Nakivo Backup and Replication 6.2 Install Review, Nakivo has shown that it is still an elegant, powerful, stable, feature rich, and cloud ready backup solution that can scale with your organization.  This product keeps getting better with each release.

Head over to Nakivo.com and download the free trial version or a qualifying NFR license to give this very worthy backup solution the time and attention it deserves.