The first thing that you need to do is get the .rpm file over to your linux box.  I SCP’ed the file over to the box to the /tmp directory.  After you copy it over to the linux box, you run the command to establish persistent connection with the Dell repository:

Then we run the command:

Then finally the command: 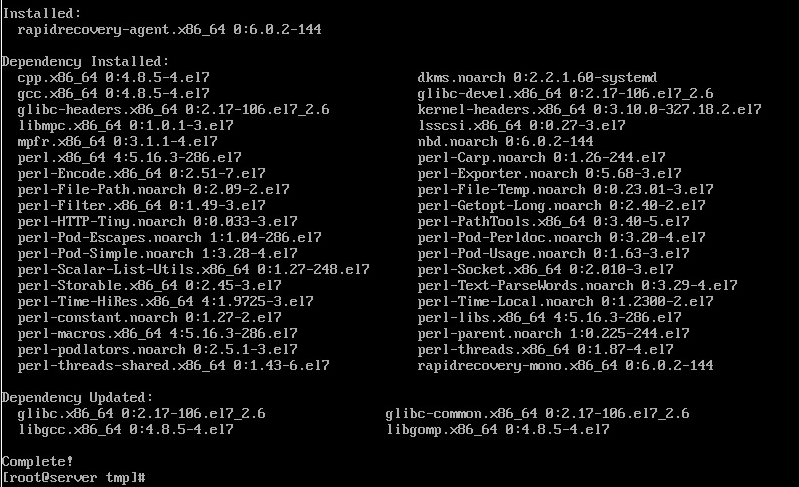 Now we run the configuration script:

This presents with (6) options, however, really only the first (5) are necessary to get everything configured.  Number (1) is already completed with the default port of 8006.  If you want to change this you can certainly do so here. 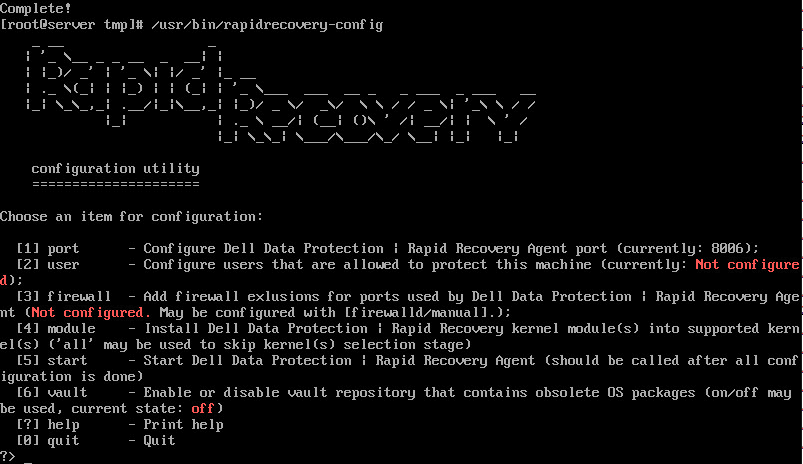 Steps 2-4 are the more critical steps.  For step (2) you need to create a user for backup purposes.  It will not allow you to use root (not that you should anyway, but it won’t allow it).  After you create a user, simply type the following with “username” being the user you created.

I had an issue with option (4) as it scans your kernel and decides whether or not you have a kernel suitable for installing the agent in.  What was surprising is that I was running a fairly up to date Centos 7 install, but had not ran updates for a while.  I would have assumed the default kernel version would have sufficed.  As you can see below, it errors out with “No kernels suitable for installation were found.  Exiting shell.”

The resolution for me was to run a kernel update, which in Centos is accomplished with the command: 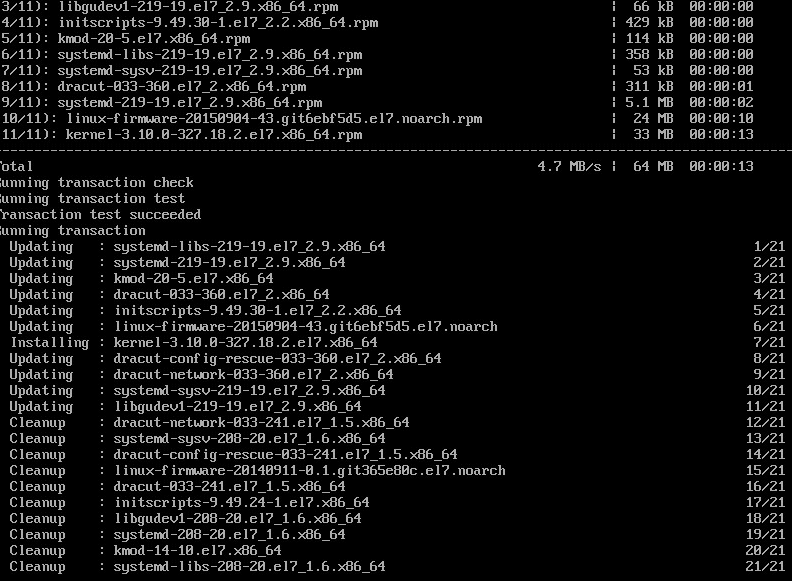 Now, we get different results when rerunning the (4) option.  However, a mistake I made was to update the kernel and not reboot.  To instantiate the new kernel you must reboot.  Kernel updates take place offline to the kernel that is running.  When you update, it places it to the side so to speak and then becomes active once you reboot.  So you are able to install the Rapid Recovery agent in the new kernel, but if you try to run option (5) it will just sit there, or at least it did with my install as it can’t really start the agent as it is integrated with the new kernel that isn’t active yet. 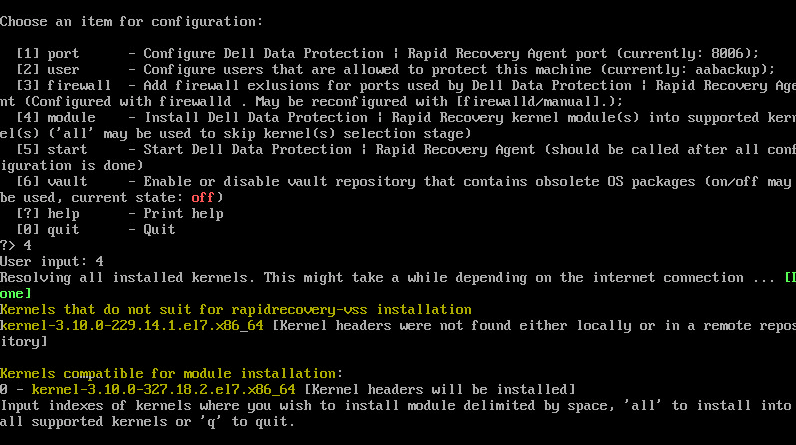 After a reboot, the option (5) started without issue.