Today there was anticipated news from Veeam with the release of Veeam Backup and Replication 9.5 update 2. It has been in the wild already, however, this is the official release to the general audience. This release includes hundreds of bug fixes and enhancements. This release includes some features that we will talk about below.  Let’s take a look at Veeam Backup and Replication 9.5 Update 2 released new features available.

File-level recovery has improvements to gracefully allow for picking a target VM that may have been deleted and restored to use the Multi-OS File Level Recovery wizard.

Replication has failback enhancements to use changed block tracking data to determine changes between the original and replica VM state which improves performance during failback.

Various user interface enhancements have been made including VeeamZIP usability improvements and exagrid preset changes.

There have been significant improvements made to the Setup process. Now, the update setup offers to initiate the upgrade of all remote Veeam components automatically. Concurrent remote update components operation have been increased to 10. Also, now with updates you no longer have to disable all jobs or stop services manually. You do still need to make sure there are no backup or restore jobs running.

Veeam Cloud & Service Providers will be excited that Update 2 includes a Veeam Backup Remote Access feature. MSP’s can remotely access backup servers and administer them without the need for maintaining VPN connections.

The update process is very painless.  Now without the need to disable jobs and services, it is even less involved.  The patch which can be downloaded from the link above weighed in at around 648 MB in zip file format.  Simply extract the zip file and run the updater. 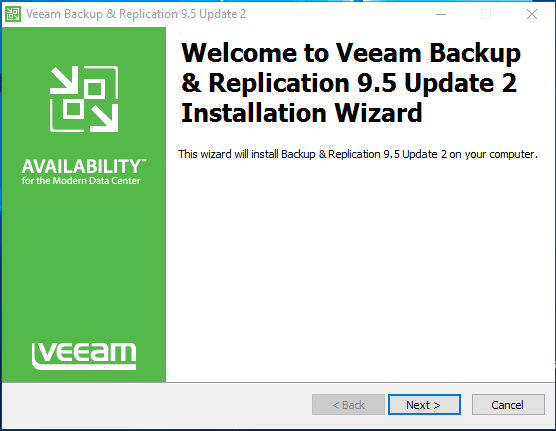 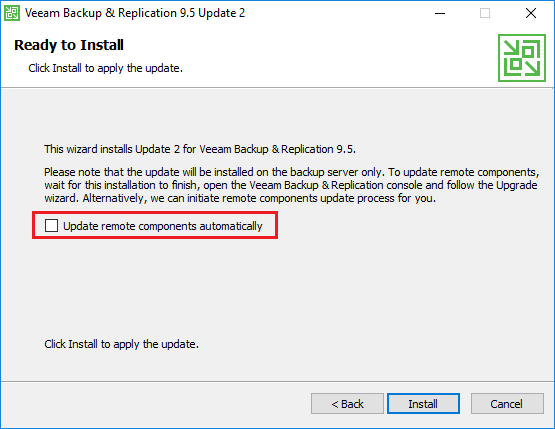 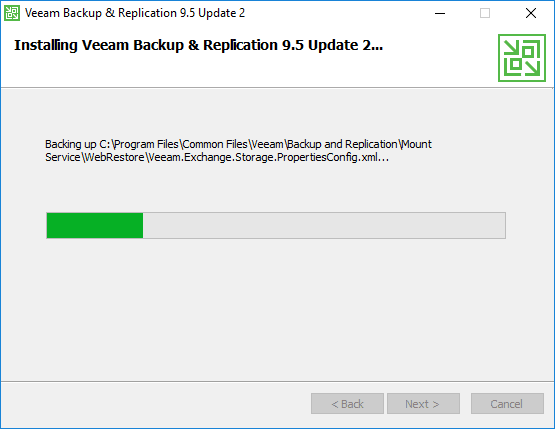 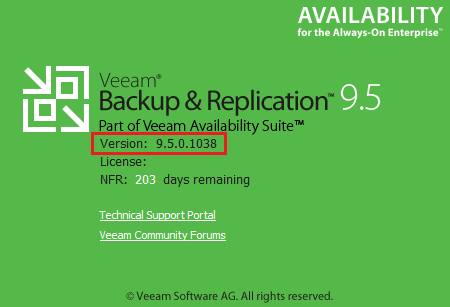 For me, on a small production environment of two servers, the upgrade process took about 25 minutes, which wasn’t bad at all.  No hiccups, glitches, or other issues to report.

With the news of Veeam Backup and Replication 9.5 Update 2 released new features make this a worthy upgrade for those running with Veeam Backup & Replication 9.5 Update 1.  Especially, if you are wanting to move forward and deploy Veeam Windows Agent 2.0 GA, Update 2 is a required update for the new Windows agent.  However, as easy and quick as the update is, most will not find it hard to apply the update and start benefiting from the new features and fixes in this release.