After downloading the zipped package from Veeam, kicking off the install yields the Veeam Agent for Microsoft Windows Beta spash and agreement. 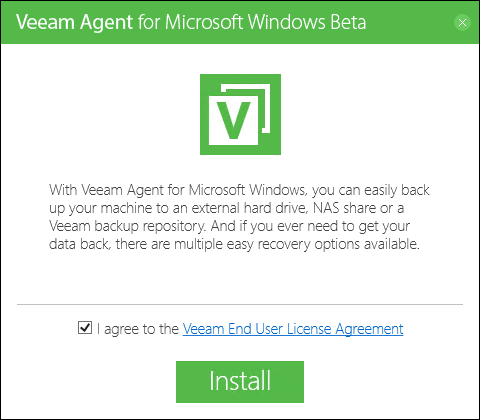 I like the simplicity of the Veeam installs.  You basically have one button to get things started. 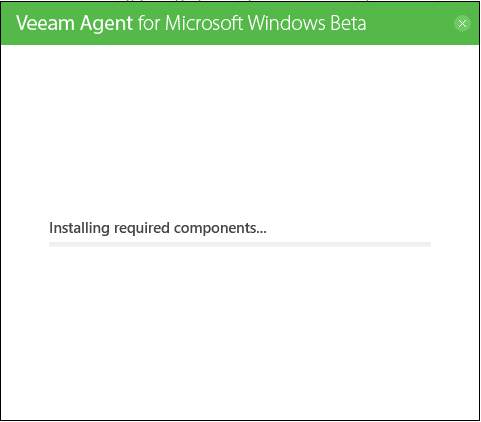 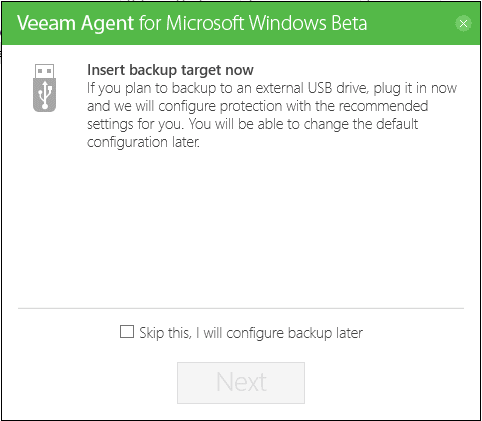 Here I clicked the “skip this, I will configure backup later” to proceed. 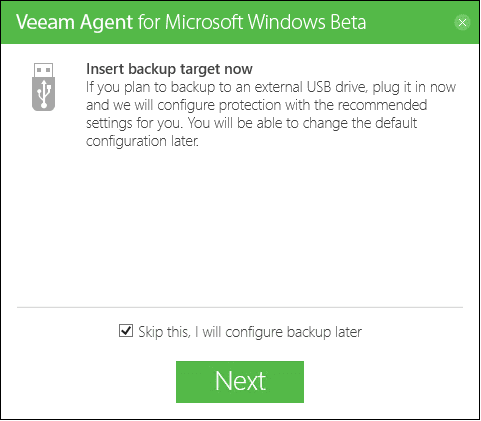 The install finishes.  We are then prompted to run the media creation wizard. 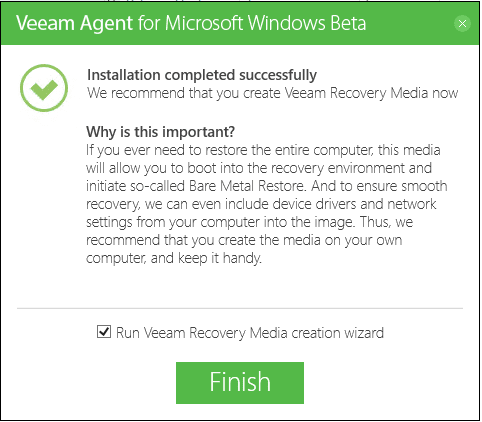 The media creation wizard creates boot media that includes hardware drivers specific to the physical Windows endpoint you are backing up.  You can also customize this and include additional drivers. 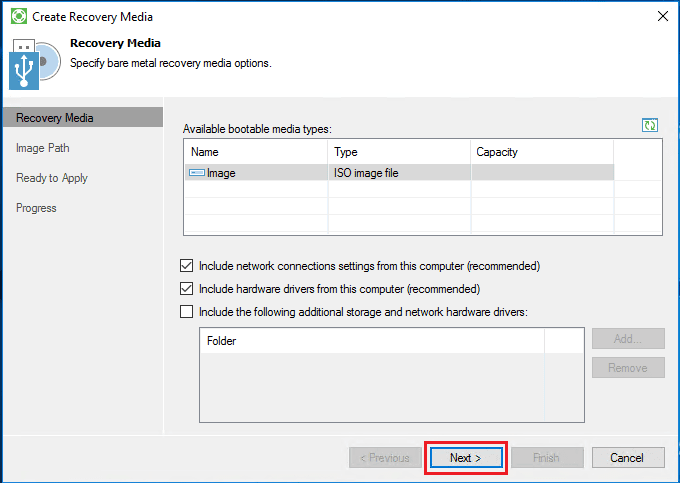 We are given the ability to choose the destination of the ISO file that is created. 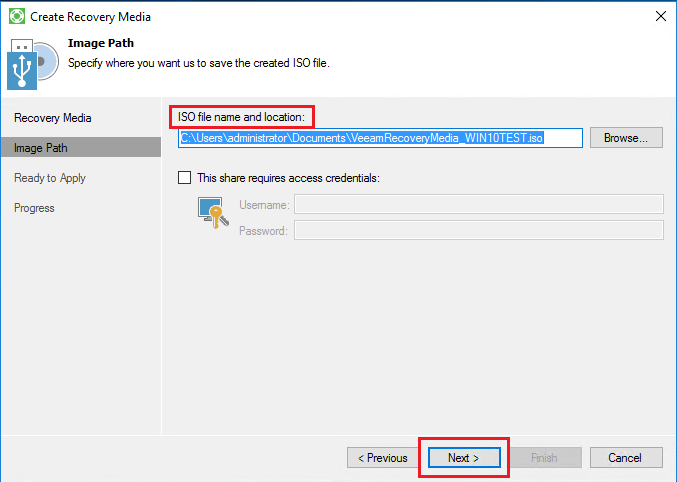 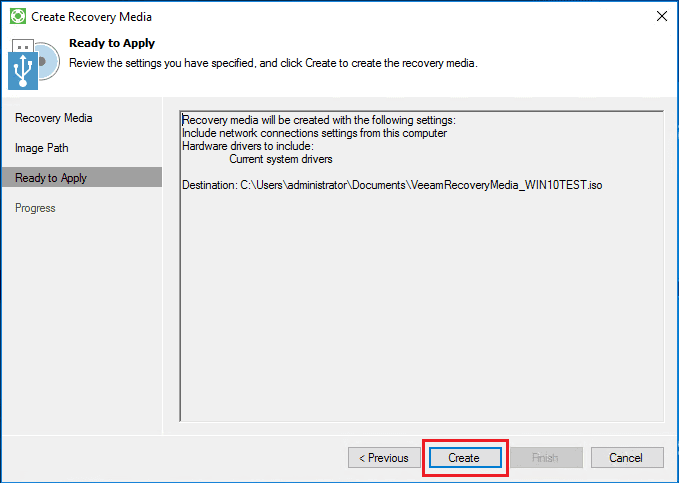 The Recovery media creation is successful.  Now we can get started configuring the backups. 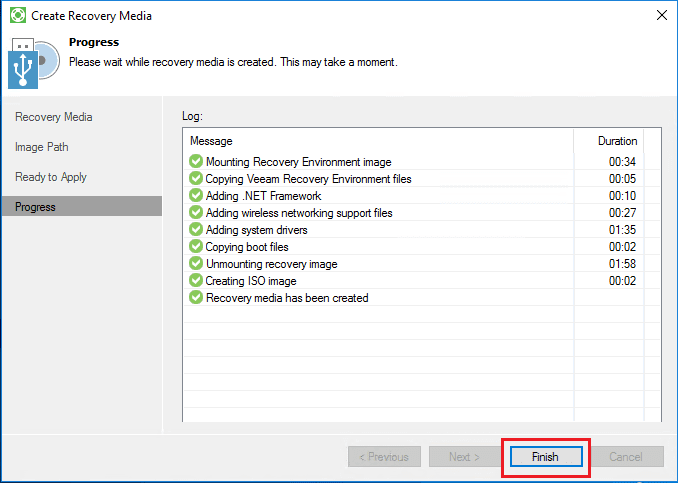 The first thing we can choose is what kind of backup we are wanting to create.  The default/recommended selection is Entire computer which is what I am selecting below. 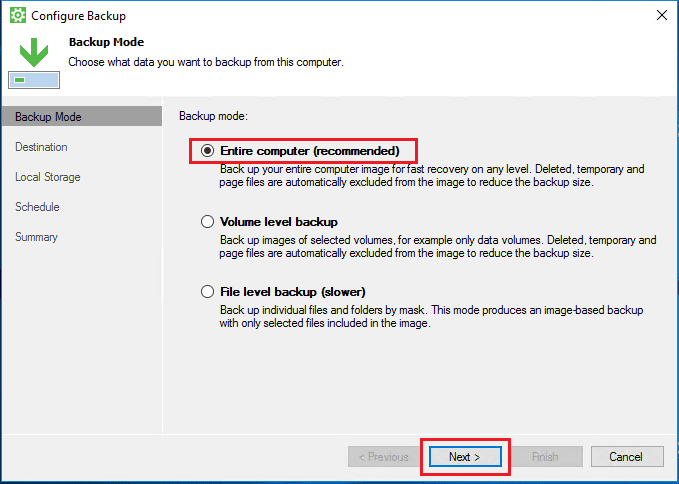 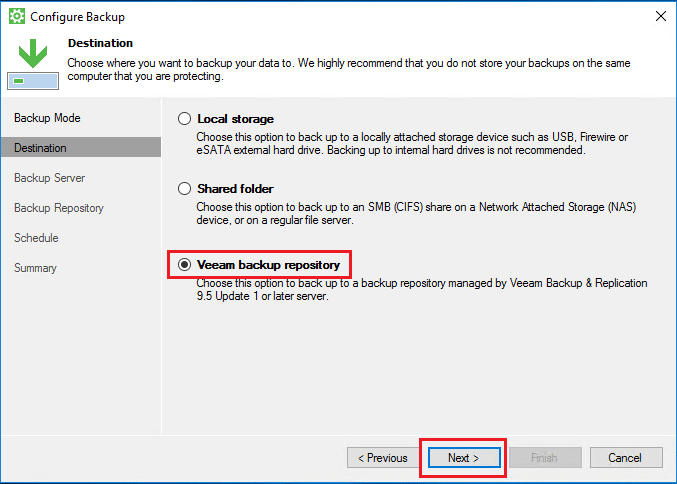 Next we specify the Veeam backup server and connection credentials. 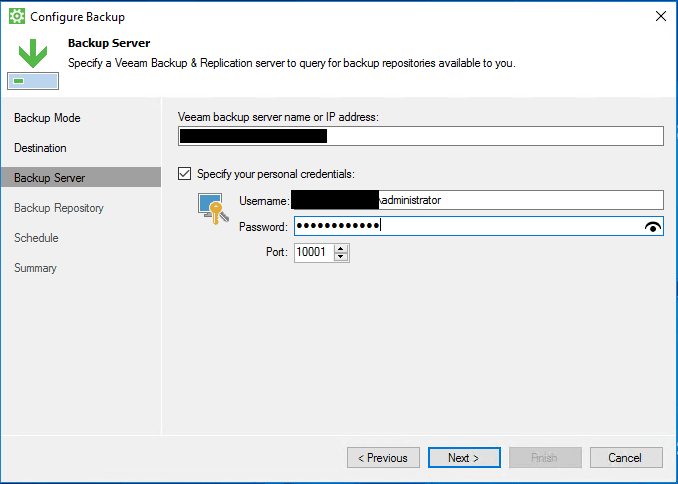 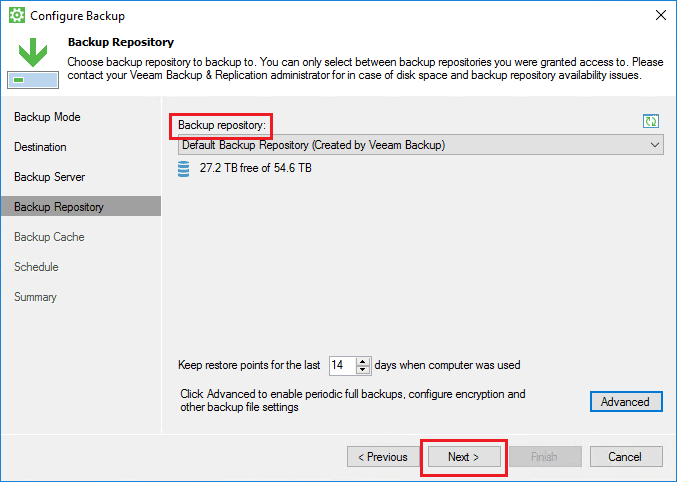 We can choose backup cache. 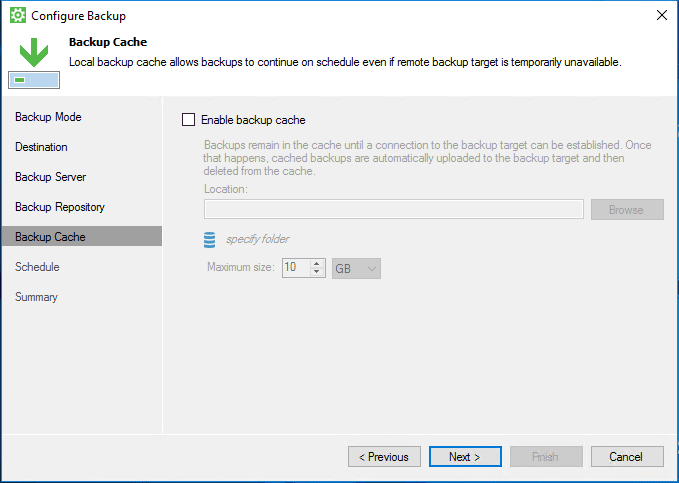 If you are installing the agent on a workstation class OS such as Windows 10, .  Update  The behavior can be changed in the license section of your Veeam server.  You will see which workstations and servers are using the available licenses.  You can then change a connected “workstation” to use the server license and then you will have access to the server features such as application aware and hourly snapshots, etc. 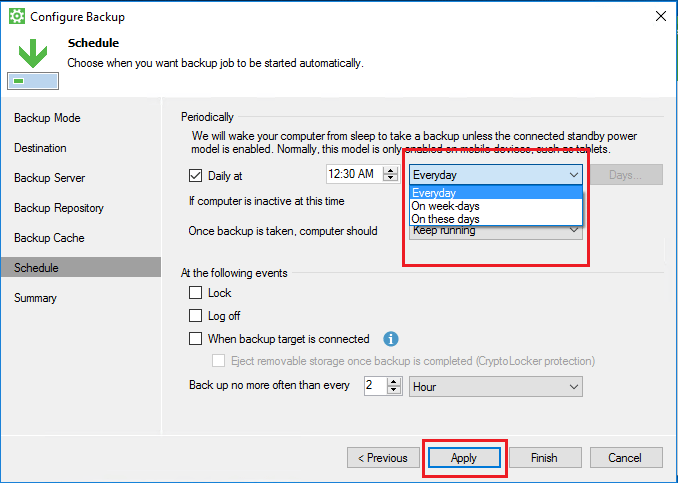 If you are backing up a server class OS, you will see both the application aware options as well as the more granular scheduling options. 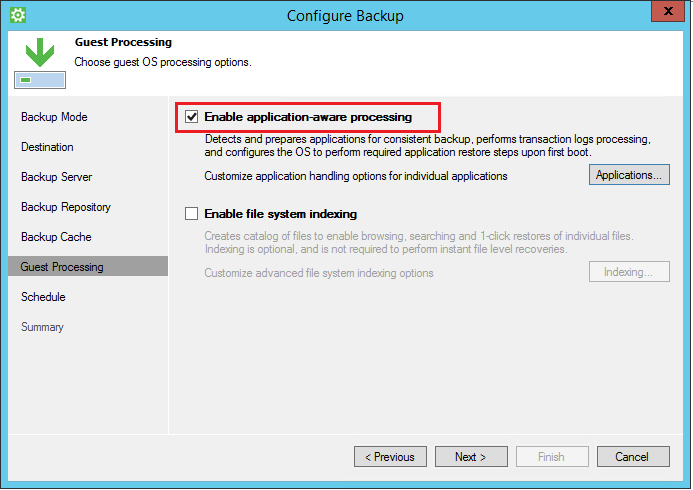 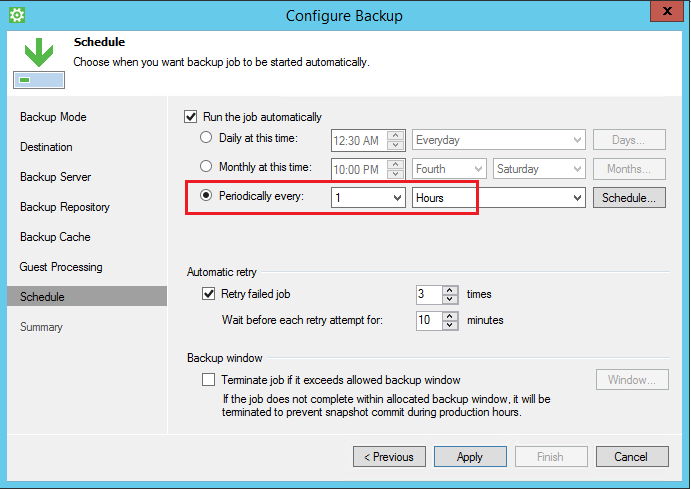 Summary of our selections. 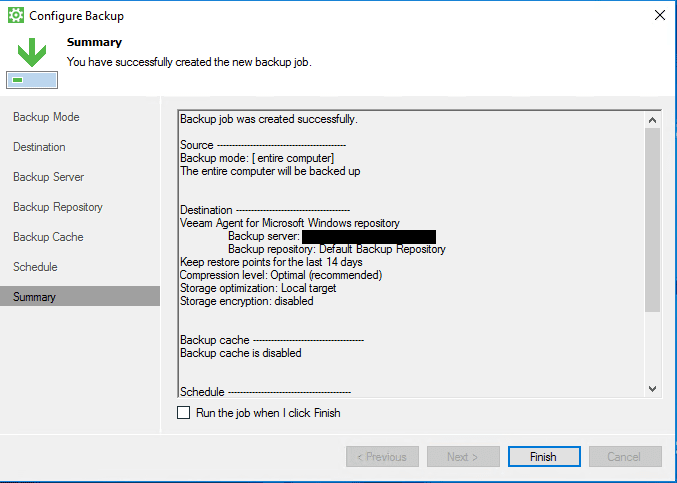 In the task tray we have a Veeam backup icon we can go back in and tweak the same backup configuration settings after the fact if we need to. 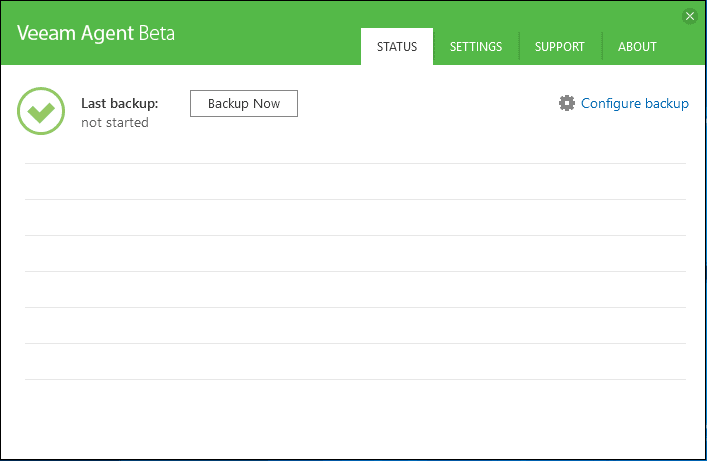 Other options to throttle and control bandwidth. 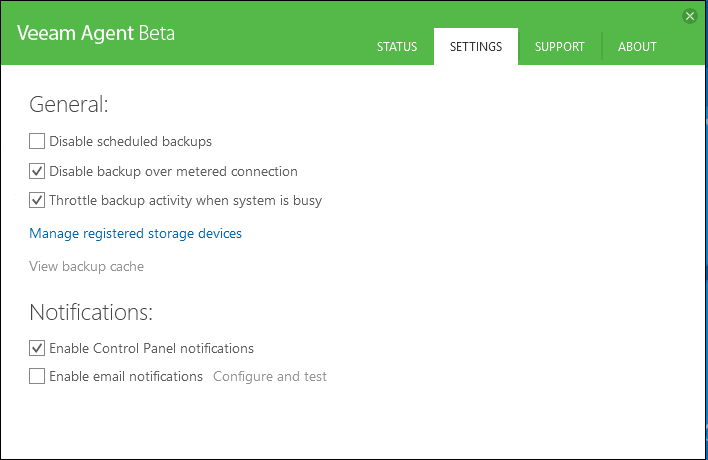 The Veeam Windows Agent Beta Install and Configuration was simple and intuitive and provides differing options depending on whether you are backing up a workstation operating system or a server class operating system.  It is great to see the ability to have application aware backups as well as hourly backups with the new Windows agent.  Next, we will take a look at the restore options when using a server operating system.